Last time, I stopped with us hauling back to Austin area to take Henry back to his barn. We were hot, sweaty, and did I say hot by then? I turned my a/c to about zero and basked in it for the first few minutes.

Following Amanda and Henry on 79 was interesting to say the least. Two lane roads up here in DE/PA are for meandering. There will be no meandering in this post. There will be balls to the wall and where the hell is that trailer at now??

The speed limit on most of these lanes we were on was 75 or 70. Except when you went thru some dinky little town when it slowed to 55 or 45 or even 30. And then the stoplights appeared. I would keep up with Amanda and then hit a light then lose her. I knew if I just kept going I would be okay but dang….that was a long, fast ride. And they were either going 105 mph or 10 mph. I saw both. Many many times.

We stopped to fill up the truck somewhere in BFE. We both went in and got something to drink and snack on. And then we were on the road again. I was so excited when I saw Taylor, TX (Since I was near there for so long, it brings a lot of memories.). We went by the Taylor Auction site where I got a couple crappy horses, a cute donkey and my cat in times past. Also by where I got my dog Ruby as a puppy (at a cute little farm store, so sad to see it all boarded up).

As we drove into Hutto, I realized the area has grown up a wee bit! Used to be there was a SONIC and a WALMART. That was pretty much it. Now there are stores as far as you can see. And don’t even get me started on all the toll roads and fly overs!! Not the same place for sure.

We got Henry to his barn (right by a toll road but a cute sprawling place. He seemed very happy to get into his stall in front of his fan and get dinner). I got to meet Dudley the donkey (when we came back on Tuesday there were then TWO Dudleys. Amanda could not tell the difference, one was mean as snot to the other one LOL) quickly then we headed to Amanda’s house so she could finally change and I could sit and relax and meet the dogs.

SO all of Amanda’s dogs are great and sweet but OMG Quinn the corgi I might still go back and steal. He really is shameless and latches onto whomever is the new person in the room (which was me). Rob and Amanda told me he would probably sleep with me that night and he did. Corgi in the HOUSE. And the BED. He is so stinking cute. 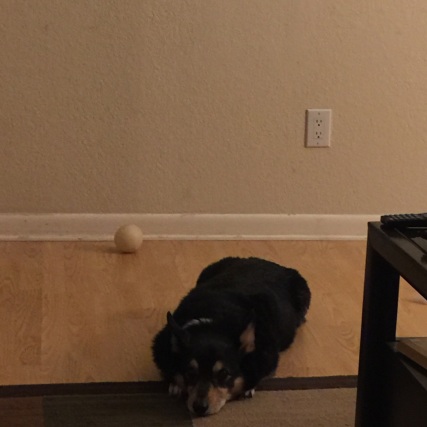 We ended up going to Chuy’s that night for QUESO (Amanda wanted a bucket of it). Meanwhile I had about 10 glasses of water before the food even came out (Texas you dehyrdated me bad!). I even joked to the waitress to just drag a hose out so I could refill on my own. Amanda and I were both so bone tired it was hilarious watching us slump in our seats and try to eat more chips and queso. Even my eyes were sunburned i think.

We went back to the house and collapsed on the couch with the dogs. I felt like a jellyfish sitting there. STUFFED to the gills and could NOT move.

SO off to bed we went. Amanda had to work the next day (lucky her) but I didn’t. And I indeed had a Corgi in my bed all night. (If he could have fit in my bag he would have come back to DE).

The next day Quinn and I were lazy and we heard Amanda go to work. I moseyed out of her house about 9ish and went to Kerbey Lane for breakfast. OMG I got a huge cup of coffee and something called San Francisco which was basically fried green tomatoes Eggs Benedict with avocado. YUM Then I went and bought Henry more cookies since he had literally licked the container clean at the show after his stellar cross country ride!

I bebopped around Austin. Went by my old house (Sob, still miss it) and then drove around a bit to explore old stomping grounds. Wait, Manor has a STARBUCKS Now? And a WALMART…and a PANDA Express. WOW. Times they are a changing. And the 290 Cafe is still there. I was so happy to see it. It was a very nostalgic drive around.

I was getting a bit exhausted so went on downtown to check into the Austin Hilton (THANK YOU WORK FOR COMPING THAT!). It was early but they had my room ready on the 26th floor. UGH I hate heights but it was a gorgeous view if you didn’t look down (I did not). I was meeting friends in South Austin later so I literally flopped on the bed for a while in the cool a/c then unpacked then got changed to head South.

I got pretty good at driving around TX and avoiding the tolls. Got down to Gina’s house about 4. Gina worked with me when I worked in Round Rock at a publishing company eons ago. We have stayed friends and I got to meet her fantastic daughters she adopted a few years ago. Lovely kids, one is in college already and the other is like 12. They were funny just like Gina so she rubbed off on them quickly! After seeing her dogs (one of them is the brother of Ruby who I got in Texas so it was great seeing him still going he must be 12 or so now!), we headed even further south (west??) to Driftwood and Salt Lick BBQ. My friend Max who I used to work with at the same company met us there with his wife as they live down in Seguin. We ate our weight in meat. Seriously I was stuffed. Great family style BBQ place but there was a LOUD party there that were really annoying but otherwise it was great catching up with old friends.

I headed back to Austin and my room. It felt very good to crash later that night (no Corgi!) and sleep the sleep of the dead. The next day I had to work (OH YEAH, that was why I had gone to Austin) so I got up early and met a friend from Delaware who was in Austin at the same time (Small world) and had a yummy breakfast of avocado toast and caught up with her!

Then I went across the street to the convention center and did our site visit with the rest of my team. That is the boring part of the week. Walk the center, look at rooms, talk to vendors. BUT THEN we went to Moonshine for lunch (The CVB took us there) and omg that was splendid. My coworkers got the chicken and waffles (it was the size of my computer monitor). I got a black eyed pea burger (yes veggie) and it was amazing. 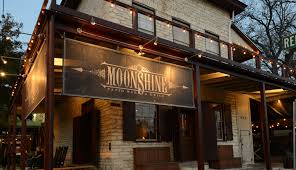 Would totally get it again. Our poor waitress also had to run me water back and forth, jeez I was thirsty.  She was from Maryland so she was amazed to have people from DELAWARE there (at least she knew where Delaware was!).

We finished up lunch and work and then I had to go back to the hotel and grab my stuff to go meet Amanda and see HENRY again!! I also got to see the dogs again before going to the barn so, yay.

You can read all about my adventures with Henry and Amanda on her blog, but let’s just say I was nervous. I knew Henry would not kill me and I hoped Amanda didn’t want to kill me but….I still was nervous. I might need to take lessons elsewhere and ride a few different horses because yeah I was so tight my ankles and back hurt when I got off of him.

Henry is a bit looky at things and because when Remus looks at things that bother him he sometimes spins I was nervous, though Henry was a complete angel. He is really such a good boy!! Then I got to get off him and stuff him full of cookies again. And we met the donkey again and his new partner in crime donkey # 2 (see photo above). It was hot as balls by then so I was dying. It was so great to see Amanda and hangout with her and I will come back BUT it will be when it is cooler. I just can’t with the heat anymore. And it was even hotter up here this past week so I don’t know why I am complaining. 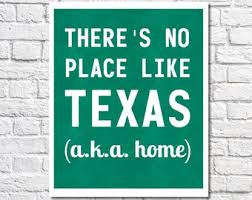 I headed back to my last night in downtown Austin and realized YES I still miss Texas but it is not just Texas I miss. It is the people. I have lovely friends up here in DE and online but the people in Texas get into your heart. And you can’t get rid of them no matter how hard you try! Thanks Amanda and all for showing me how great Texas still is!!

One side note, Bobby bailed on us. So he is not my fave anymore. But that is okay I hope to meet him in the Fall when I fly back to meet PRESTO!

3 thoughts on “Austin Part Two: A Corgi, Some BBQ, Downtown, and More Henry!”