So yesterday was great, Tate got delivered promptly around 10 am  then after they left with the trailer I found/saw the snake in my tack room and never wanted to feed the horses again.  Remus also lost his shit when the TRAILER LEFT without the pony. He just knew someone else was on that trailer. Fool horse. LOL 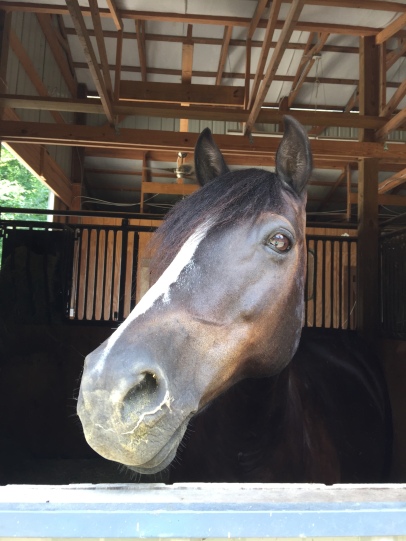 First off this has to be the cutest pony I have ever seen. Like he is way too fat but otherwise he is adorable. He showed on the hunter circuit for a while but he is kind of retired now due to them not having kids that can ride him. So he came to help babysit Remus. I was told I could even hop on and ride him but I would squish him like a bug.

Tate has impeccable ground manners and is a total love bug. When he arrived, I thought Remus might lose his tiny mind due to not seeing horses for a few weeks but neither of them paid much attention to each other. I put Tate in the front stall and locked him in while Remus could go in and out of his stall and meet through the bars. Nothing major happened. Tate likes his big stall and looking out the window and the stall front. He also enjoyed the hay rack.

It was pretty boring so later on I swapped and let Tate out and put Remus in. Tate loved being out but the sun and bugs drove him in later. Then I just figured EFF it and turned them out together (There was zero issues). Remus squealed and leaped in the air once, Tate squealed back and that was it. They were both outside together for a while and were fine. In fact at one point they were in the same stall together.

So far so good, these guys seem to be well matched. I just now need to figure out how to fix my fences so they can go out in the big field. I am having to supplement a lot of hay now that the paddock has been eaten down. NOT that either of them are starving LOL. Tate has such good manners I hope he rubs off on Remus a bit. Remus can be a bit bullish in the stall and Tate just waits politely. Good class shows 🙂 Tate is also neater than Remus in his stall. Remus has turned into a pig. So let’s hope Tate influences Remus to make smarter choices! HA Remus is definitely the Oscar and Tate is the Felix for sure.

Oh and as to the snake? He was still there until last night. This am I could not find him  in there but I know that shit is still in my tack room somewhere. UGH.  He can go bye bye for sure. Then I went to the grocery store later and saw this. I texted Mark saying none of our Delaware grocery stores carry this type of literature HA!

The goose is gone and the snake is here (though not visible today unlike yesterday). I would rather have the goose. LOL for sure. ICK. 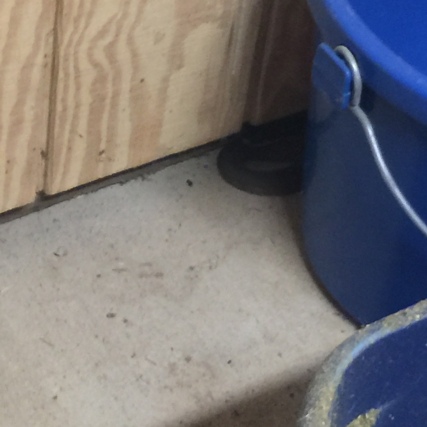 yes he is behind that blue bucket

Happy Friday to all. May you have a horsey, non snake filled weekend! 🙂

25 thoughts on “The New Odd Couple: Remus and Tate”