Seems odd to call this Saturday post Schnauzer Saturday when I only have one Schnauzer. But what else to call it? Pondering…

But onto the photos! And videos!

First off a quick Remus video from Erin at ET’s barn. She has been giving me media clips along with Emily and it is hilarious to see these. Remus has the same expression as the dogs in this clip. MORE COOKIES

Bernie has fit in pretty well considering we have had her only little over a week now. It is amazing how quickly she has fit in. Even Gretchen is less grumpy with her. But Ollie and Bernie are a match made in heaven.

Here is a quick clip of Bernie chasing the cat. (No cats were harmed in the recording of this video/end of disclaimer) The cat usually chases the dogs honestly. But I got this instead.

Everyone loves the crate except Bernie (and Gretchen who has no idea there is even a crate there) who we bought it for. I think we will return it but Peeves and Ollie enjoyed it this week! 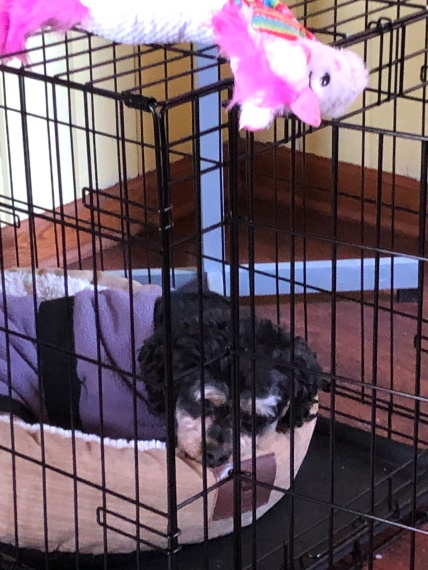 Crazy animals. If I wanted either of them in there do you think I could get them in? Nope.

And last but not least ONE of the three dogs loves rolling. Any guesses who? If you guessed Ollie you would be right (I posted this photo on Instagram but it still makes me laugh). 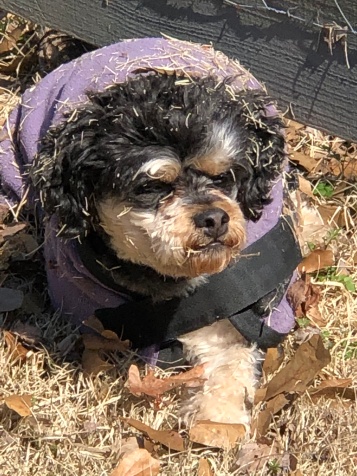 We have 67 degrees and sunny today followed by rain tomorrow but I think Spring is officially here in Tennessee! Enjoy your weekend!