Crazy ass weather, we have rain in forecast tomorrow and Thursday (bye-bye lesson probably) and had torrential rain the past weekend. But for some reason even though the forecast for the last two days has shown up to at least 70 and partly sunny, we haven’t seen the sun once or had the temps get out of the 50’s. And it has been raining off and on the last few days too. Not a lot but when the forecast says 0 percent and you are constantly having turn your windshield wipers on and off, that is not zero chance, weather forecaster. Just saying!

I have the show on Saturday which looks rain free but will be high of 50 (maybe) and low of 30s at night starting Thursday night… BRGHHH. Weather you are drunk for October. GO HOME. HA. (Also still haven’t ridden for those that have wondered, oh well…..Remus take the wheel again!)

Otherwise, we are chugging along on the visit from the inlaws from Britain. They (I hope!) are enjoying themselves but the weather is a bit too much like their weather in Essex. I am hoping we get some better weather before they go home on Sunday. SUNDAY. As in a few days from now! 🙂

Mark’s dad bought a cheapie fishing pole from Walmart and has had some success fishing in our pond. I won’t let them keep them and insist they throw them back in. LOL Someone stocked our pond well though, they barely throw the rod in and they catch something. So funny. 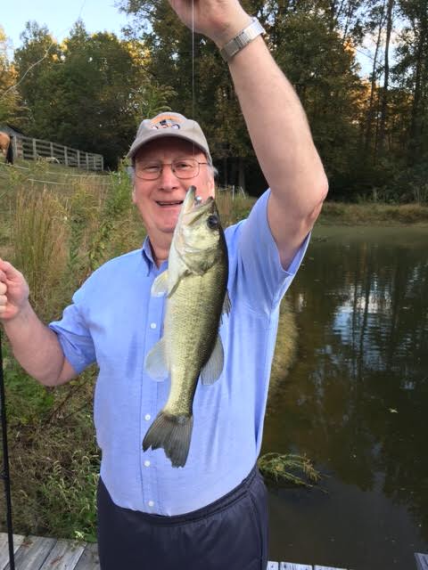 Dave (Mark’s dad) looks more thrilled than Mark does! Not sure Mark is as excited about fishing as his dad is!

I am hoping we don’t get all the rain they say the next few days because A) Remus will need to be up at least part of the time and he would rather be out but I can’t have mud like Leo on my horse.  I would never get him clean again since Friday is supposed to be high 40s, so no bath. So he needs to go up. B) Entertaining the Brits is easier if the weather is nicer….they can have gloomy and damp at home. C) The pond is already overflowing.

Hope everyone else is having a better week than me!! Can you believe the time changes this weekend for us and it will be NOVEMBER already? Time flies doesn’t it?? 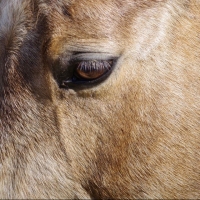