What a freaking surreal week this has been. Peeves is not doing great so he has been at the vets. He is back home but honestly I think it may be time. He just looks miserable and has lost so much weight. I wanted to get him home to see if he perked up a bit. He hasn’t yet. UGH.

Then as most of you that follow me on Social Media saw, I found three kittens in my barn yesterday (aka Wednesday) how does that feel like a year ago!?  Anyway I have seen a cat around the barn and never thought about it since she ran away everytime she saw me.Then I realized she was gray with calico points which made me think ut oh I wonder if she has kittens. My neighbor told me a couple weeks ago he had a momma cat and kittens by his shed and his dog scared her and she moved them. Um…yeah.

For some reason the mom is barely there. I didn’t see her since Tuesday night so last night I gave in and brought them inside. One reason is because they are cute and tame right now. She would totally have them as feral as her. The other reason was that they are too active now not to get in trouble out there without supervision.  We have coyotes, raccoons, bobcats, foxes, snakes, you name it. They would be a tasty appetizer for those critters!

So they are in my apartment right now. I am bottle feeding them and they are going to town on that. The two yellow ones ate out of a dish last night (I think they were really hungry due to mom not being around) but today all three are interested in bottle feedings. My plan is to feed them and introduce a gruel to them and get them eating in the next couple weeks then I can look for homes for them. If mom comes back I am going to try to catch her and get her spayed. She is already pretty skittish. I tried to put food out for her today and pretty sure a raccoon got that. Grhhhh.

In other news, I have fallen down a wormhole of saddle searching. I did ride in an Antares in my lesson on Wednesday and it was pretty good. I didn’t feel as secure as in the Stubben but I managed to jump several fences in a row and not fall off? I am still looking for a Stubben but now extended the search to several brands and even reached out to a fitter. And I haven’t decided on a trailer yet due to my aforementioned crazy ass week!

I left my spurs home by mistake and even though it was hot Remus was very good for my lesson. We did several jumps in a row and I even chose to do two stride combo that she didn’t want to tell me to jump. HA! I like seing look of shock on my instructor’s face!:)

Remus and I have the show on Saturday. I guess I better look at the test, right? SO NOT READY. 🙂 The weekend is coming thought, whether we want it or not (yes please we want it!).

Also not sure Mark realizes with me going to the show on Saturday he is on kitten duty. Oops. 🙂 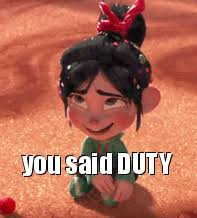 How has your week been? If it doesn’t include finding kittens you win!

7 thoughts on “No Saddle or Trailer Still…But Now I Have Kittens?”