So this blog post is just a mess of this and that so I tried to organize it a bit. I want to get back to blogging regularly again but life needs to slow down a bit. Crazy crazy crazy lately. I can’t believe we are only a few weeks from CHRISTMAS NOW! How can that be?

We had a good Thanksgiving and my friend and coworker Christina came from Delaware so she did Graceland and Sun Studio one day and hung out with us the rest. She managed to get me downtown Memphis on the day she left so I have now seen Beale Street. I hope she was not too bored with us! We are not fun, exciting, people really.

Things That Just Cost Me Money (AKA Horses)

Tennessee continues to rain every two-three days so we have mud still. Tate is currently lame kind of (on a scale to 1-10, 10 being lame..he is a 6 or 7, he can walk, just slowly. Looks like it is possibly an abscess again). I have been hosing his feet free of mud and slathering antibiotic ointment on him then locking him up in clean shavings overnight. Saturday night at bed check he was laid out in the stall sleeping and would not get up (My phone was of course inside charging so I missed that adorable photo op). Sunday morning, he was banging for his food.  He shows no sores or issues on his legs but he is in the mud a lot so I am trying to at least lock him up overnight to keep his legs dry for a few hours. He is a very high maintenance pony and a drama queen with hoof issues. His one pastern feels slightly hot too but he is not limping like it is that and also I pressed hard all over his leg and he did NOT flinch at all.  My farrier is due this week so I am going to have him look him over and then call the vet if he does not improve. Damn pasture puff.

Speaking of pasture puffs, Remus might as well be retired right now. The mud is so thick I don’t even think I could get my horse trailer out if I wanted to haul out. (And my dad is still here). So no riding anytime soon. Fingers crossed I can get somewhere to ride in the near future. If I don’t kill Remus first. He spent Monday morning chasing Tate around in mud up to their knees and poor Tate can barely get out of Remus’s way. I locked Remus’s butt up for the morning. Tate was up in a stall all night so I wanted him to be able to stretch a bit. Tate was looking so much better till this jerk-face buckskin chased him up and down the field about four times. Of course then I couldn’t catch Remus because he knew I was furious. Anyone want a fat buckskin? I am about serious. I can’t even lunge him to get some of the energy out of him due to the mud that is everywhere. It is chilly this morning but that is no reason to leave your hay to go chase your lame brother. Not to mention that mud isn’t doing Remus any favors either. UGH. I kept waiting for Remus to pull something. The holes where their hooves are are literally over a half foot deep. I took his bell boots off a week or so ago (he is due reshoeing this week) just because I am so afraid of mud and rubbing and omg stop mud stop!

Because of this I have not really ordered anything from the Black Friday sales. I did get a Schneider’s order in with supplies in case (I had a bonus buck thing to use anyway from there) Tate does have an abscess and ordered a few things for the barn but otherwise. Nothing. So sad. However, I have so many ideas for my Secret Santa. I am so excited to be involved in this this year. Thanks again Tracy for doing all that!! 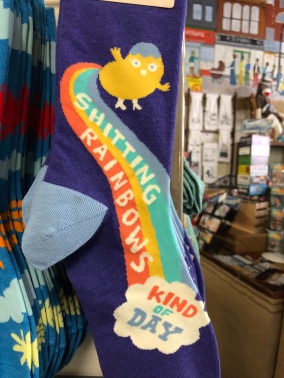 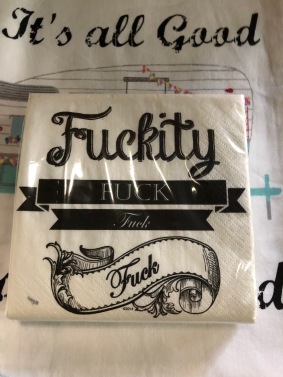 Me Snort with Laughter! 🙂

In other news, Mark left Sunday for England and Germany for work (he gets to see his family in London next weekend so that is good too). He left at a good time, the wind and rain came in Sunday evening and the wind was insane. He had to fly through Atlanta but at least he didn’t go through the middle of the country, it sounds like bad weather up there right now with snow. ICK! You guys up that way stay safe and warm.

Also I had put ads on craigslist and nextdoor a few weeks ago seeking manure takers. And I got two people on Friday contact me within two hours of each other. (I placed the ad around November 7th and these were the first and only two who responded). They both came and got some manure this weekend though YAY! I still have a lot left but the good thing is both will want more. Double yay.

Did everyone have lovely wonderful Thanksgivings (or just weekends if you don’t celebrate Tgiving)? Hope so. I ate way too much per usual and Dad is getting a bit bored here I think (We are very remote for sure!). His main tv watching is football (which I can at least watch while on my computer) or National Geographic type shows where things kill each other (I am not a fan of these at all and am getting kind of snippy with dad when he has them on…).

The weather has seesawed continuously back and forth (65 on Sunday and Monday am is 32 degrees out there) and now this upcoming week high of 40 and low of 20s for a few days. Crazy weather. Crazy life. Anyone else not sure which way is up? I have to play catch up at work today. Like I really need to catch up after being away the week or so ago and then having a short week last week. Yuck.

Why can’t I win the lotto so I can quit?  OH I KNOW. I don’t play it (Not that that I would win anyway HA). Maybe I should start…we should do a blogging pool and play. Then we all could quit our jobs!! 🙂